The 1st routine was created in year 2001 by Master Faye Yip’s father Professor Li Deyin as a support to the bid for Beijing Olympics 2008 and was first publicly demonstrated in February 2001 in Beijing by a group of 2008 enthusiasts. Since then the popularity of the routine has grow immensely around the world and is practised by millions of people across China, Japan, Australia, USA, UK and Europe. Masters Faye & Tary Yip worked closely with Professor Li during the making and promoting of the Fan form and they were the first people who learnt and promoted this form in Europe. This fan form has now spread all over the world, from China to USA, from Spain to Mexico etc. The health benefits of this form are evident and explain its popularity.

The Fan Form is suitable for people of all ages and fitness, young and old, men and women. It can be performed dynamically by young people and practised as a martial weapon or it can be performed gracefully by older people as an excellent health exercise. It also makes a great alternative to conventional weapons exercise, which can be intimidating to some people.

The Fan Form makes a perfect appeal to everyone! There were many mass demonstrations of the Taiji Kungfu Fan throughout China as celebrations to the successful bid of the Beijing Olympics before and during the Beijing Olymics period. The biggest demonstration has shown more than 10,000 people demonstrating this amazing form.
Courtesy Faye (Li) Yip 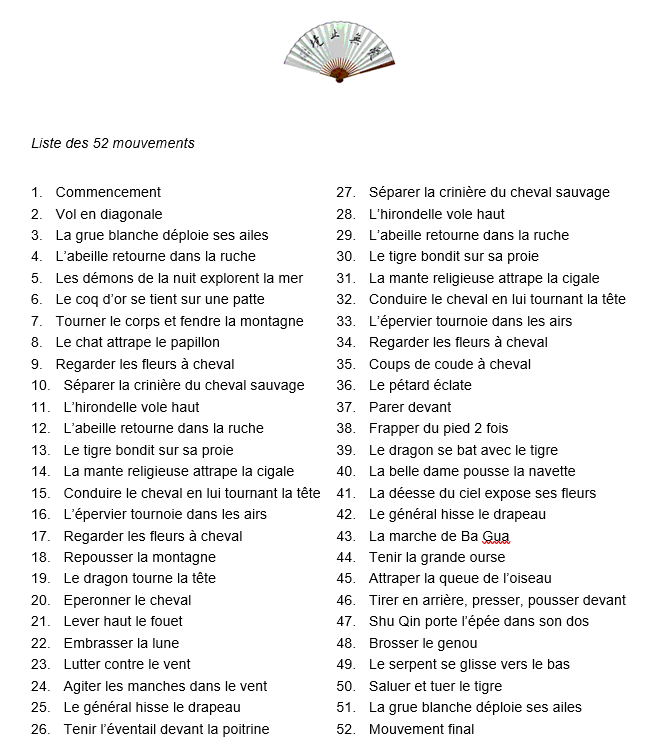